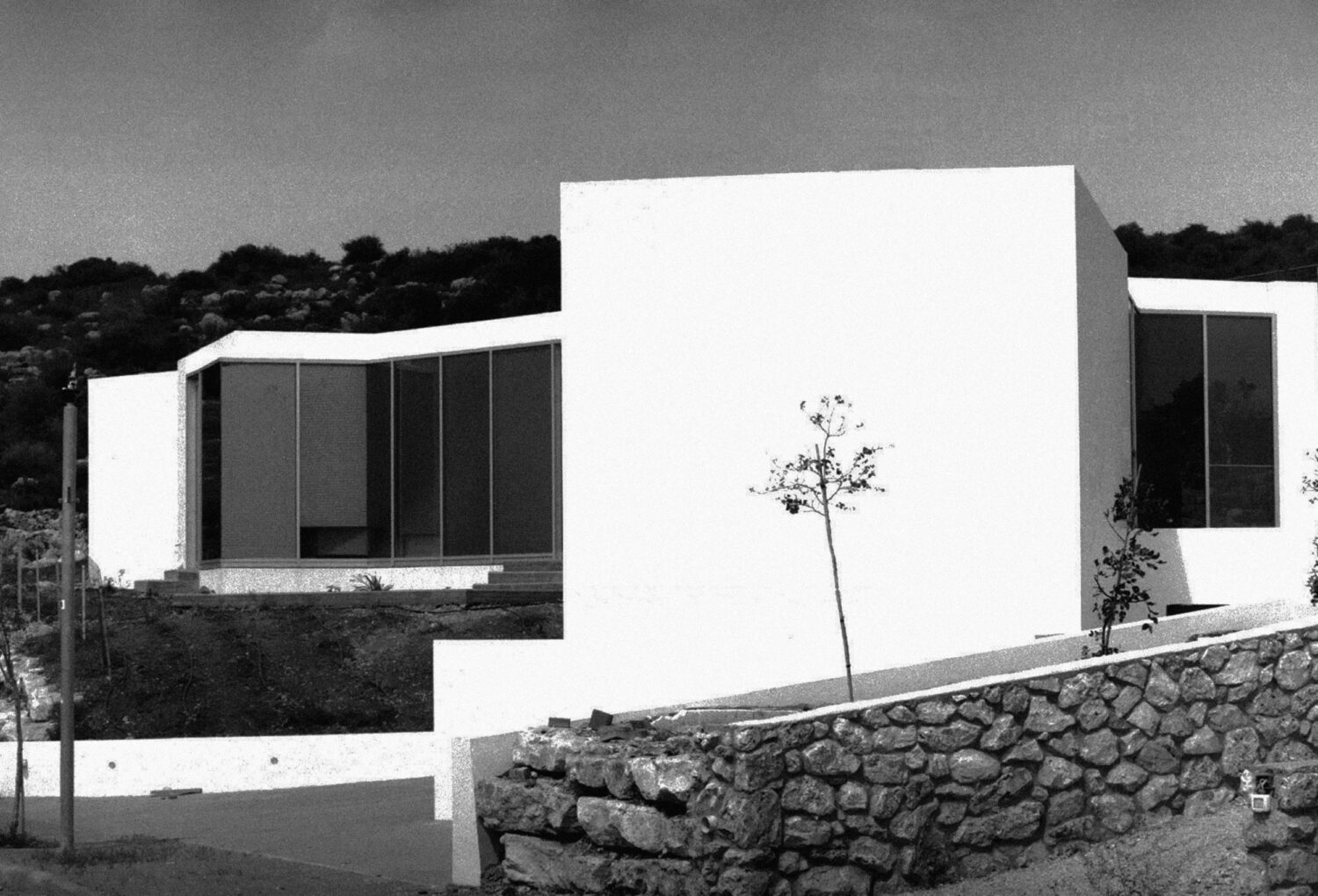 House N/E can be seen from afar. It rises from the rocky slopes of Lavon, a branching edifice that emerges from the rough hillocks of the land embracing the valley as far as the sea, and takes in the surrounding panorama. These views, which establish a system of relationships with…

House N/E can be seen from afar. It rises from the rocky slopes of Lavon, a branching edifice that emerges from the rough hillocks of the land embracing the valley as far as the sea, and takes in the surrounding panorama. These views, which establish a system of relationships with the house, were selected to incorporate all the possibilities offered by the promontory in order to create an intense territorial whole: a biomass, even visible from a satellite, covering the slope itself and consisting of jagged brick-colored cascades of rock and naturally-created spaces; further down, the land is organized into cultivated fields, their colours and layout marked by the ecosystem of crops.

A distant and vague strip can also be glimpsed: the coast, which from the house seems a distant sandy fragment, and the sky above the Mediterranean horizon.

The first move is to climb the monolithic block excavated from this raw land; sited on a slope, it hides the innermost structure of the house which consists of four volumes; they cannot be appreciated by the eye because they are scattered among this intact piece of nature. Once the monolithic block has been passed, our ascent is accompanied by a weak and diffused light which hardly allows us to see the 5.60 meters height of the building. The entrance, which leads into the domestic area of the house, is a kind of cavern; it is “a place deeply set inside things”, protected from the area’s blinding light and can only be seen once inside, at the level of the kitchen. The interaction between the parts of this branch of the domestic area – located near to the reception, dining, and living areas and the other family spaces – results from the folding of the floor/earth and the ceiling/sky. These manipulations of visual possibilities cover all the various orientations and landscape-views.

A walk through the inside of the house is accompanied by a continual superimposition of the tiny events offered by the site: a rock, a tree, an infinite view of stones thrust up towards the sky, endless views of the land. The relationships between such events and the domestic areas have been embodied in the sinuous, uninterrupted walls which “naturally” avoid right angles. The geometrical mutations correspond to those of the dwelling to create a great spatial variety of niches and figures that expand into the landscape. The house is a continuum with the variations of the site and changes with the changes of the seasons, like the surrounding rocks.

Eucalyptus house
Back to top