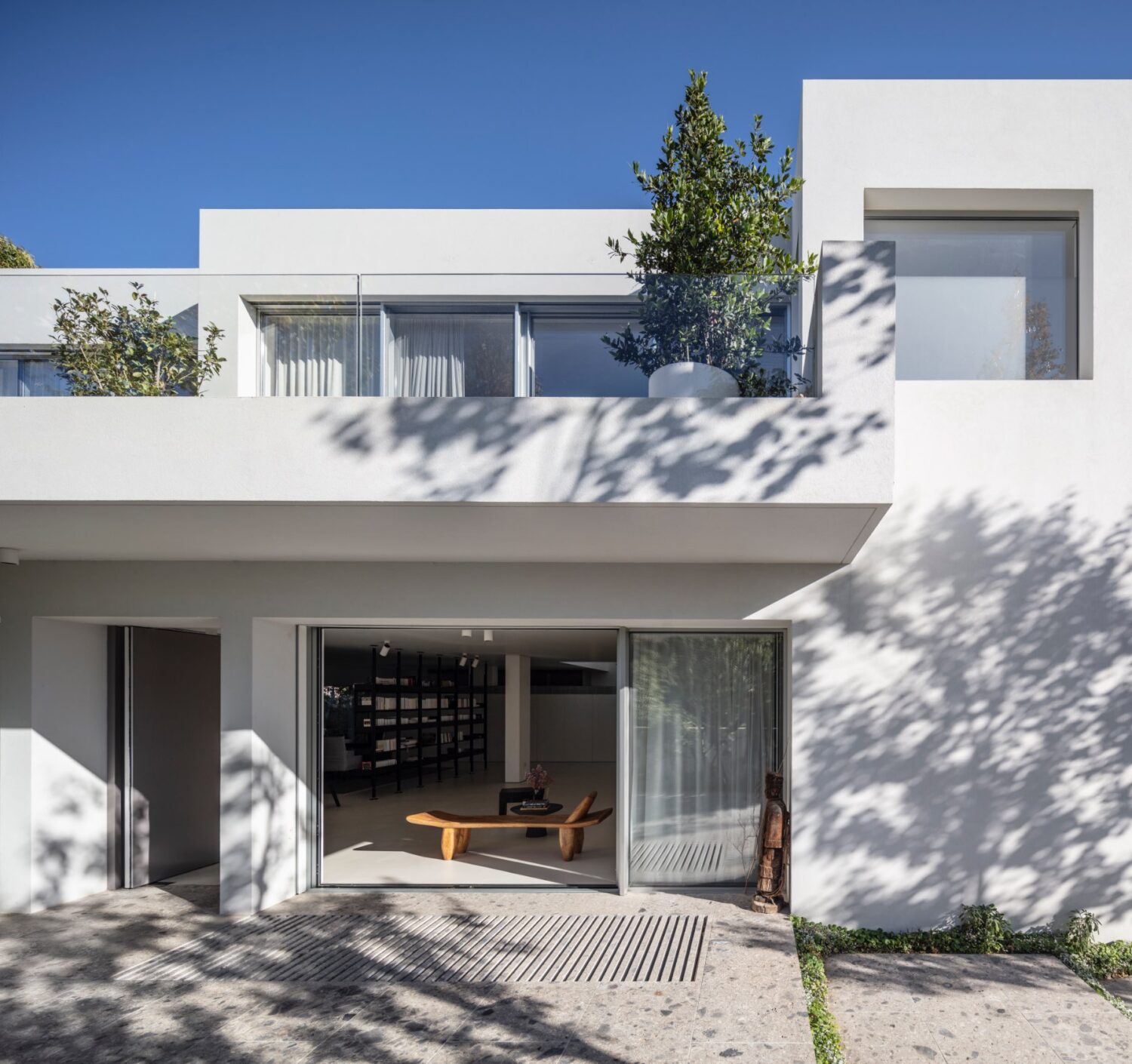 The void is Nish House instrument of construction.

The composition techniques used in this house, built in the 70’s, were to bring back and shape new prospectic views, which were hidden in the previous project. This was done to create a new atmosphere of immersion and connection with the surrounding nature. 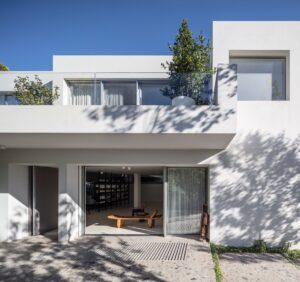 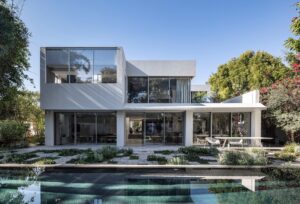 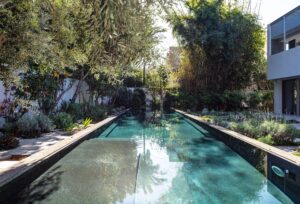 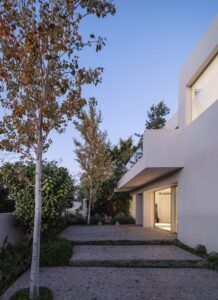 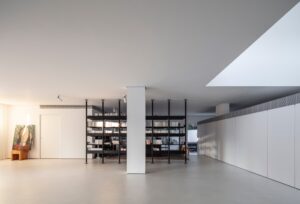 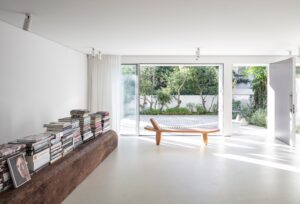 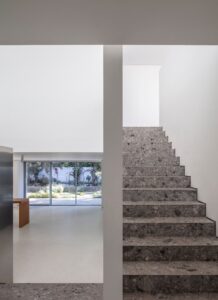 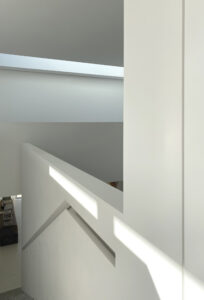 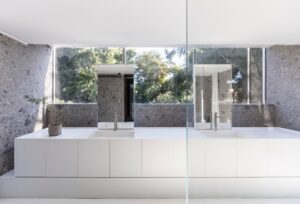 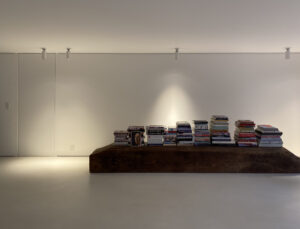 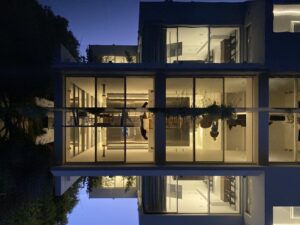 The void is the instrument of construction in the Nish House.

The composition techniques used in this house, built in the 70’s, were to bring back and shape new prospective views, which were hidden in the previous project. This was done to create a new atmosphere of immersion and connection with the surrounding nature. The void as the measure of the different parts has been shaped following the various depths of the interior environment and at the same time, showing the visual distances between inside and outside.

The first high distance(1) is the one that passes through the ground level, from the entrance (-0.95 m) to the most internal garden at the end of the property, like a visual arrow that allows the viewer to grasp the breadth of the whole site.

The zenithal light penetrates from a skylight, placed on the North-South axis. It is placed on the core of the habitation, around which are arranged the stairs that lead to the first floor and the balcony. From this place, the different points of view create a deep distance(1) among the higher parts of the house, leaving a glimpse of the floor below.

On the ground floor, the existing raumplan altitude changes (from ± 0.00 m to -0.63 m) have been simplified and at the same time accentuated, distributing them between the entrance and the garden level. A first path has a central point of view and connects the entrance and the library (± 0.00 m) and moves forward to the dining and the living area (-0.63 m). From the living area it is possible to admire the 240 sqm of the ground floor as a whole and be delighted by the stars through the skylight.

At the same time, a more hidden second path goes from the library to the kitchen (-0.63). The view is cut by the side garden: an external space that works as a functional area for the kitchen and meals area. These visual landscapes merge together, allowing the inhabitants to vary the views and to appreciate more the surrounding greenery.

The void in its various forms, with its abstract and impalpable nature, is further emphasized by the wide wall surface, which highlights and increases the idea of calm, the sensation of the house as a place of meditation.

The functional program in this project was to look for the privacy of the individual inhabitants. The apartment of the eldest daughter has been organized on the ground floor with the private garden. On the upper floor, three apartments are located: the first one for the parents, the second for the younger daughter and the last one for the son.

In these independent units, the balconies lead to the more isolated areas of the house, like the roof-garden, where the dry garden is located. The terraces of the son’s apartments are connected to the family orchard, located +5.80 m on the front side of the house.
The sports and wellness area are located, together with all the functional areas of the building, on the lower floor (-2.65 m), which can be reached through the ground floor and from independent access via the side garden.

The floor of the entrance garden was made with slabs of ceppo di Gré, a material we used all over the building. This garden is an open room, which works as a filter between the public area and the intimacy of the interior, and can be used for social events. On the contrary, the side gardens are functional to the nearby areas and are characterized by borders made of high greenery to protect the site. The most private and internal heart of the house is the final garden, an intimate locus souls. Here there is a long water pool, which reflects the building and the green.