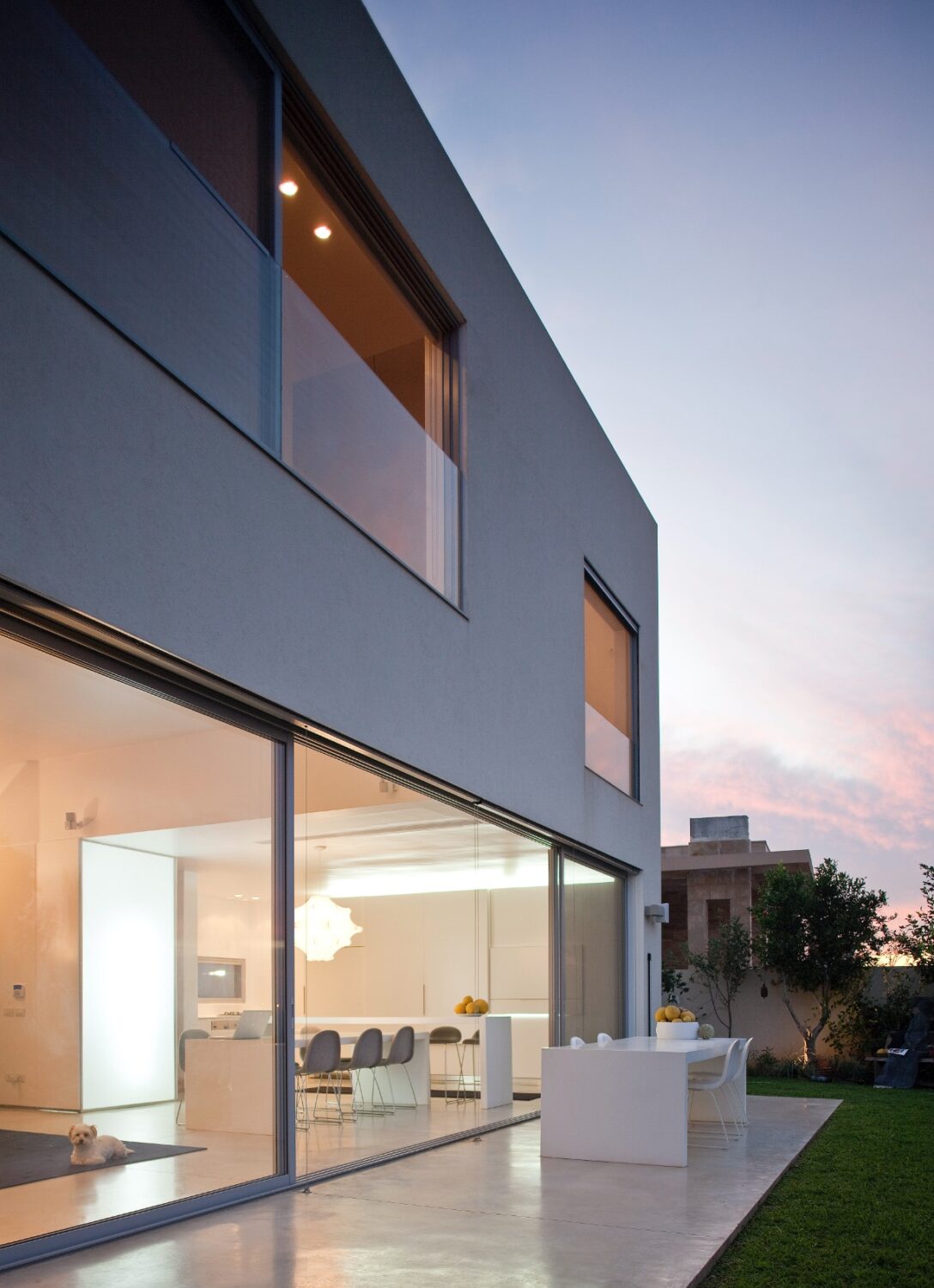 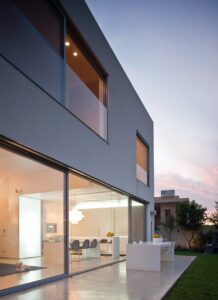 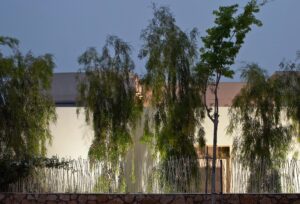 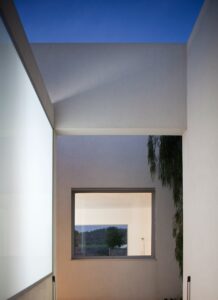 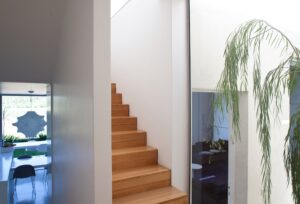 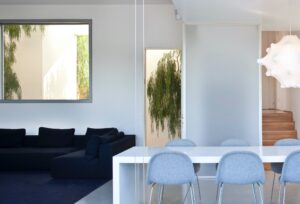 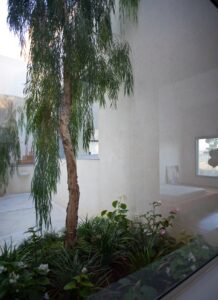 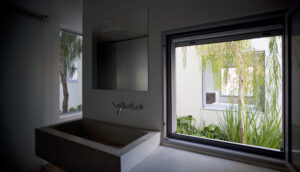 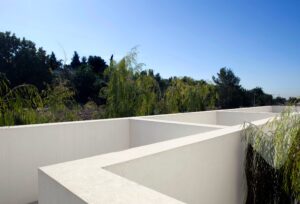 House H/M, a variant of the Non visible house; clarifies the relationships between the various components of the parts. While in both the Non visible house and the House H/M slender yet deep elements of the gardens, wrap around the movements of the architectonic space, acting as simple borders for protection from the outside, in this house new green areas are incorporated between the volumes. This shift of meaning through the shaping of minimal and precious in-between empty/green areas, derived from the need to invent two new views inside the house which might counteract the lack of visibility due to the conditions of the site and the pre-existing surrounding buildings. The site has, in fact, a road in front of the entrance and is shut in by other houses at the sides. What remains is a single view towards the valley. By placing this middle scene between the garden level and the volumes themselves, we introduced a further natural space to compensate for the limited conditions of the area. The aesthetic experience of these green areas is conveyed by a sensorial perception, in a very elementary even literal sense, of an introspective resting place extended into the most frequently used place in the house, the living/hosting area. This, in fact, is situated in an area which is calm with respect to the movements of the inhabitants. This protected central space also visually links the fragments of the forest to the east and the valley to the west.

Kfar Daniel is a green landscape unusual in this part of Israel and seems like the remnant of a glade set on the sandy yellow-red land near a nature park inhabited by apes. For this project the landscape was not considered only in a topographical sense but as an active generative principle of space, a pretext for three views: the empty green middle scene, the fragmented view of the forest from the first floor, and the open valley which all the views are related to. All the rest – in other words, the variously-styled new surrounding buildings – is excluded. The windows, like the doors, are part of this layout. They have defined openings for a visual superimposition of the various parts of the house, the forest, and the valley.

Outside/inside: where does the outside begin and the inside end?

The front door (outside/opening/door) represents, in fact, the threshold carved into the first one-story high volume fronting the road; here the service areas of the house are situated. Having crossed this first threshold we enter the middle patio, at the side of which is the second entrance to the two-story volume. The north/south passageways have been considered as external paths even though they remain internal. The connecting points between the two volumes are two large windows overlooking the three gardens. The visual density created by this superimposition of layers can be measured by the various kinds of green that are chaotically interwoven with the various activities and movements of the inhabitants.