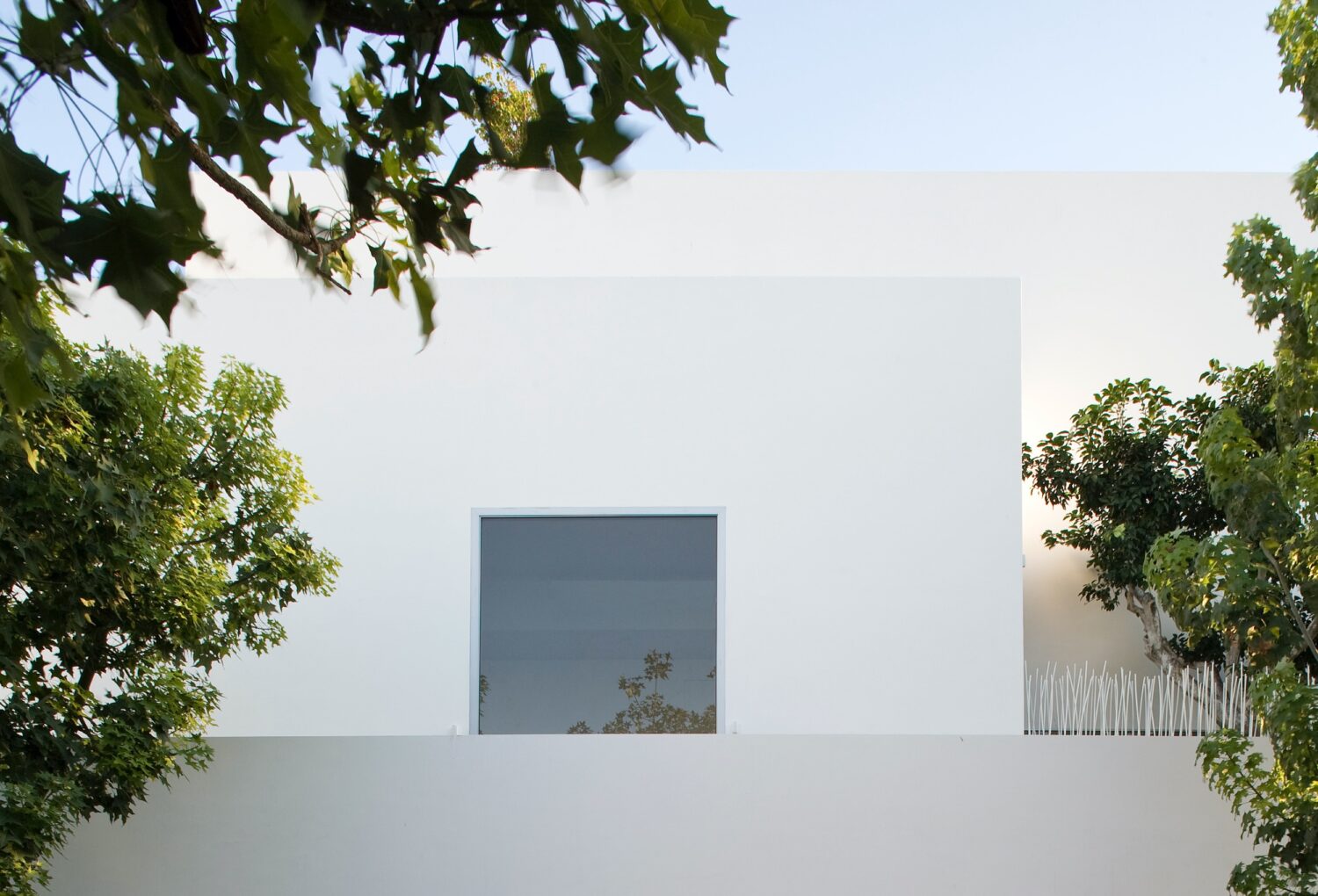 The Non visible house, built in the Neve Tzedek neighborhood of Tel Aviv, is on Dgania St., one of three original streets of the first Tel Aviv urban grid created in the late 19th century. This part of the city is oriented north-south. To this day there are two types… 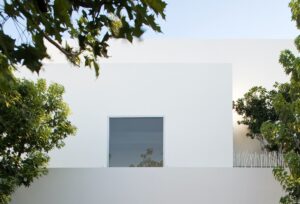 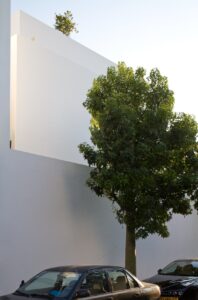 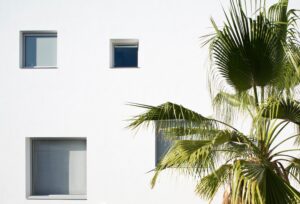 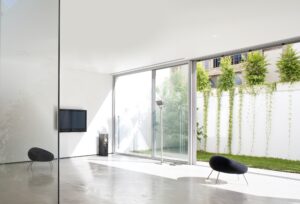 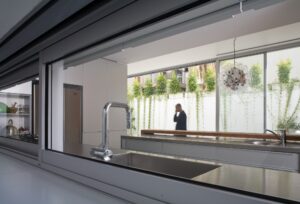 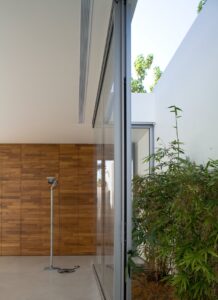 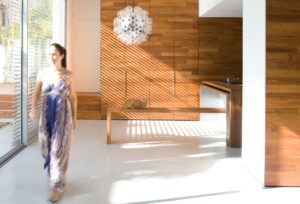 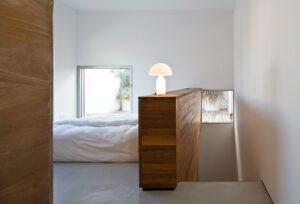 The Non visible house, built in the Neve Tzedek neighborhood of Tel Aviv, is on Dgania St., one of three original streets of the first Tel Aviv urban grid created in the late 19th century. This part of the city is oriented north-south. To this day there are two types of houses here: one type consists of a row of connected houses facing the street, forming a continuous wall parallel to the street, as in the case of the original Non visible house. The second house type consists of courtyards containing small structures. Undoubtedly, the form and volumetric composition of Non visible house are closely related to the urban context, while we attempted a strategy that seeks to improve upon this logic. The aims of the composition were:

Creation of a housing block suspended between two patios of different dimensions and between two swaths of light and greenery, allowing natural ventilation of the ground floor living room and kitchen. This device is invisible from outside the house, hidden by a long blind wall between the street and the private interior. The powerful presence of the white wall expresses the introverted nature of the house while serving as an integrative element. Small gardens provide views of nature from the interior, creating a visual continuity with the green of the plane trees growing along Dgania St.

The connections between the vertical façade have been left suspended in the southern corner in order to draw attention to the greenery. The eastern and southern facades are highlighted by the deeply carved squares of the balconies and window sills. From the entrance one arrives at the first elongated patio. This is the first spatial sequence of the house and establishes a filter between the private interior and the exterior, one of the main requests of our client. Just beyond the second threshold, the wide windows open to the two patios. The dimensions of the living area create an atmosphere of tranquility and silence in contrast to the outside noise. Two narrow staircases leading upstairs are carved into the walls, with users facing the light and surrounding greenery. The use of pure geometric forms is further highlighted by shiny white plaster. The details take on a tactile-optical value, allowing the variations in light through the day to create chromatic forms—the chiaro-scuro reflections of the sky and trees. In contrast to the tactile impressions of the exterior, the optical modeling of the interior appears more natural. The varying shades of light-grey cement create an uneven penetration of light.